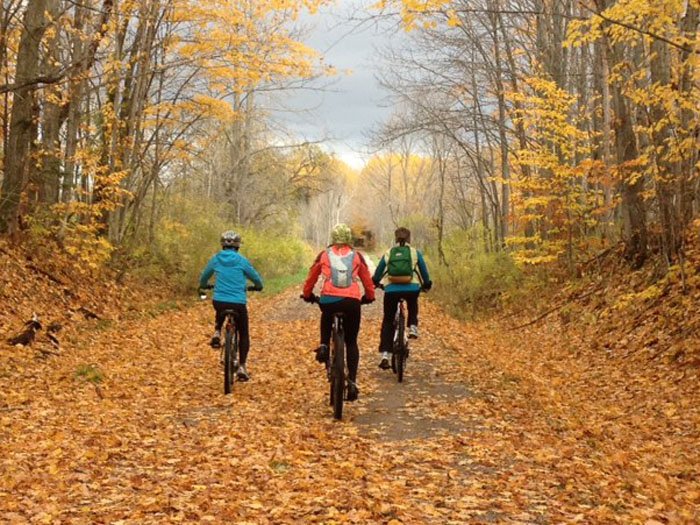 The North Western State Trail—formerly known as the Petoskey to Mackinaw Trail after its endpoints—passes through many communities along the way, including Conway, Oden, Ponshewaing, Brutus, Pellston, Van, Levering, and Carp Lake. In 2018, the scenic route was recognized with a National Recreation Trail designation.

Following the route of the former Grand Rapids and Indiana Railroad, the rail-trail is open to all non-motorized uses year-round, and to snowmobiles from December 1 to March 31. The northern section of the trail, from Mackinaw City to Alanson, was resurfaced with a hard-pack aggregate and asphalt in 2015. The southern 7-mile section between Alanson and Petoskey is paved with asphalt.

Parking/Staging: There is a small parking lot and restrooms at Spring Lake Park on SR 119 at the south end of the North Western State Trail in Petoskey. Carp Lake and Mackinaw City on the north end are especially suitable as staging areas for off-trail excursions onto lightly traveled local (paved and gravel) roads.